The DAZ Importer (development version) can now create Cycles materials using the Principled BSDF, also known as the PBR shader. Here the same car has been imported with Cycles with PBR, Cycles without PBR, and Blender Internal. 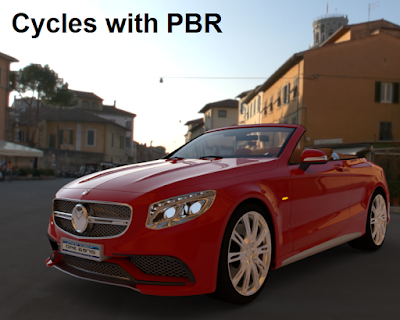 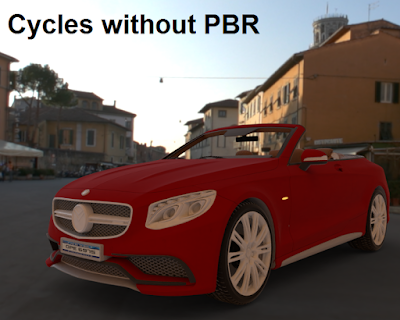 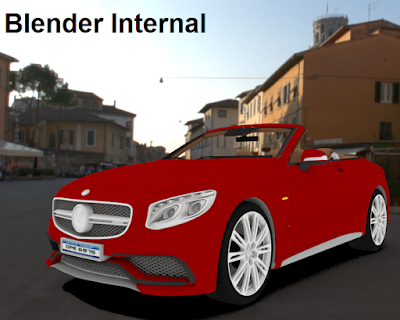 (Actually, lightning was made differently in BI. The Cycles renders were lit by an environment map, the BI render was lit by two lamps and composited upon the background.)

The PBR shader makes a huge difference for materials like metals and glass. For characters the improvement is not so clear compared to standard Cycles. Here is the default Genesis 3 Female imported in three ways.

And here is a Genesis 8 character. The PBR variant developed some nasty white spots, e.g. on the neck, which is clearly visible even after denoising. In both Cycles renders the shadow on her cheek is also very jagged. Probably it comes from the hair mesh. 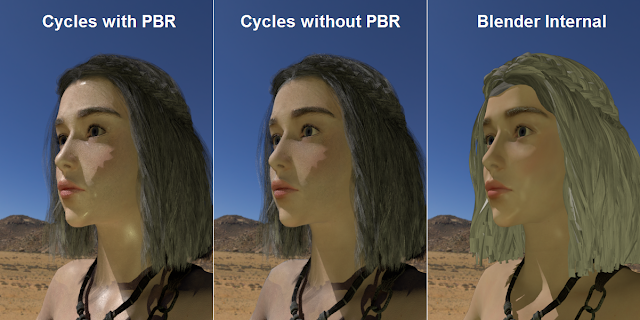 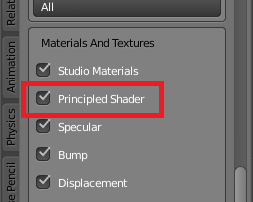 To enable the PBR shader, select the Principled Shader option in the Materials And Textures section of the Settings panel. This is still quite unstable and the option may move in the near future, e.g. to the import options.

Posted by Thomas Larsson at 2:00 AM