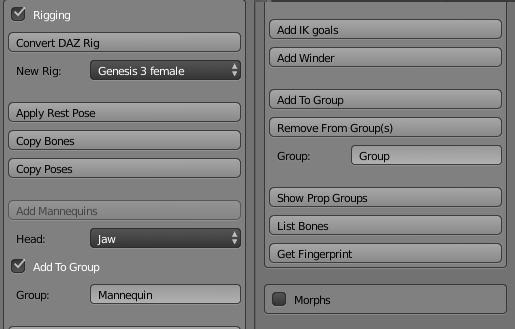 There is usually not necessary to use the other buttons in this section when the file is imported with Mesh Fitting set to Json file. They were necessary in version 1.1 when obj or Collada files were used for mesh fitting.

Assume that we want to fit a character's feet into high-heeled boots.

Select the boots and shift-select the character (the armatures, not the meshes), and press Copy Poses. The copies the pose from the selected rig to the active one.

The feet are now inside the feet. With the character selected, press Apply Rest Poses to make this the new rest pose for the feet.

DAZ characters often have quite a large polygon count, which may affect viewport speed. This is especially true if you try to animate scenes with several characters on and you use an old computer, as I do. Replacing meshes with low-poly versions helps to some extent, but the viewportcan still be painfully slow. It appears that the main obstacle is deforming meshes with an armature modifier and vertex groups.

This is where mannequins come in. A mannequin is a collection of meshes that don't have armature modifiers, but instead are parented directly to bones. Tests indicate that posing with mannequins is much faster than with normal characters. The suggested workflow is: 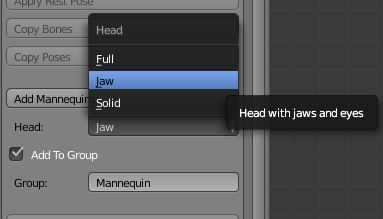 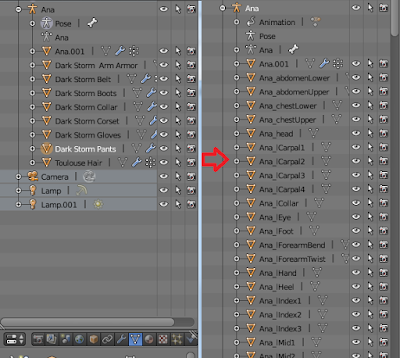 After Add Mannequins has been pressed, there are many new meshes parented under the rig. These meshes are parented to different bones and named rig-name_bone_name.

Because a mannequin consists of so many meshes, it can be difficult to select them by hand. However, if the Add To Group option was enabled when the mannequin was created, all meshes can easily be selected by group. Otherwise you can use the following trick: 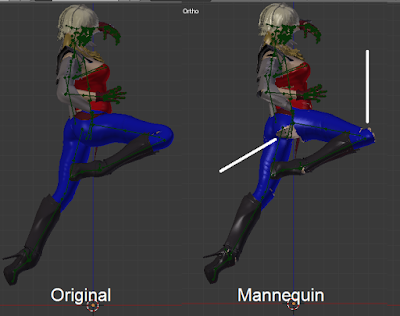 Here is the same pose for the original meshes and for the mannequin. Note the behavior when bones are bent at a sharp angle, such as the right hip and knee in this example. 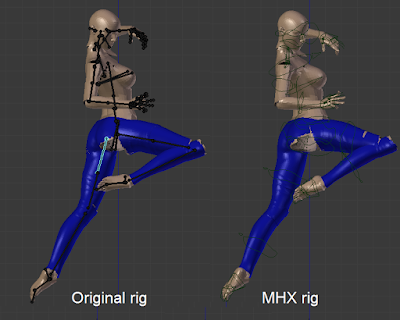 Here we only selected the body and pants before making mannequins. We can make mannequins for all rigs, but the rig must be finished first. So we can convert the rig to MHX or Rigify and make mannequins afterwards, but the opposite order will not work.

IK goals and winders are useful for quickly posing long flexible object with many links, such as chains, rope, whips, etc. From DAZ Studio we import a chain with the root bone at the center.

We want to control the right side of the chain with an IK goal. To this end, select the bones that should belong to the IK chain, and select Add IK goals. A new bone appears at the end, and we can pose the entire right half with this bone. 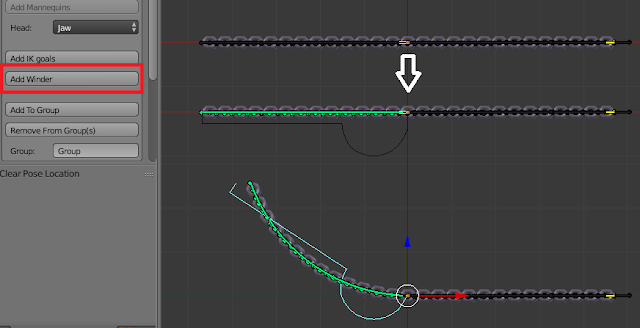 These buttons make it possible to quickly add or remove objects from a group. For a single object, this can just as well be done in the object context, but this becomes tedious if the number of objects is large. E.g., the chain above consists of an armature and 54 link meshes, which are bone-parented to the armature bones, and adding each of these objects to a group takes time.

Select all objects that you want to add to the group, and type the group name in the box. Press Add To Group and all 55 objects are added. 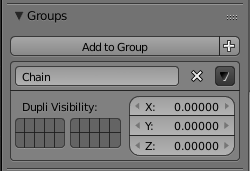 Show Prop Groups
Bone drivers are implemented using property group, which can not be inspected directly in Blender. This button prints a list of the values of the property drivers for each selected bone in the terminal window. 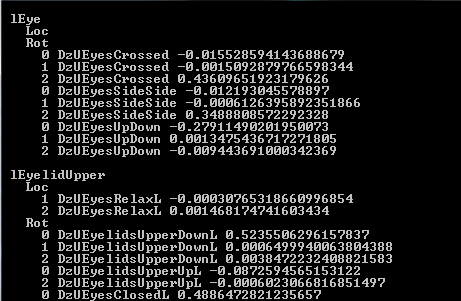 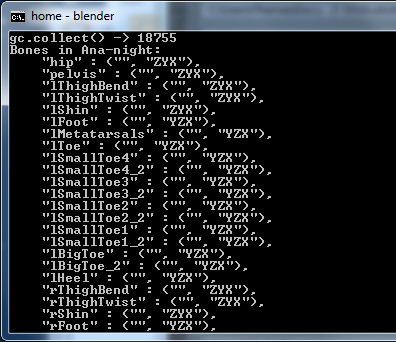 Get Fingerprint
If the armature has a child with a recognized fingerprint, print that in the terminal window. Cf. the Mesh document.