With the BVH Retargeter you can quickly create many actions. The Actions panel contains some tools to organize and manipulate them conveniently. 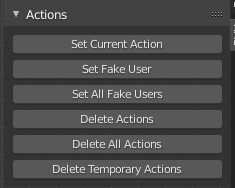 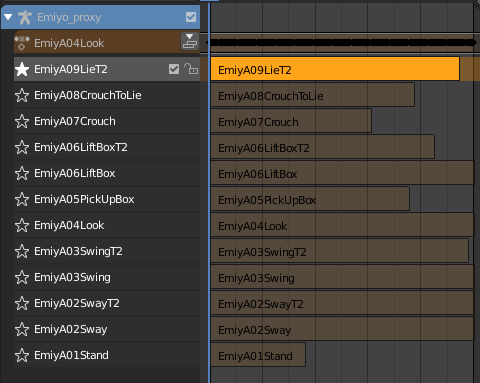 Here we have retargeted several actions our rig Emiyo, with the Create NLA Strips option enabled. The action names consist of the four first letters from the character name (Emiy) plus the name of the bvh file. 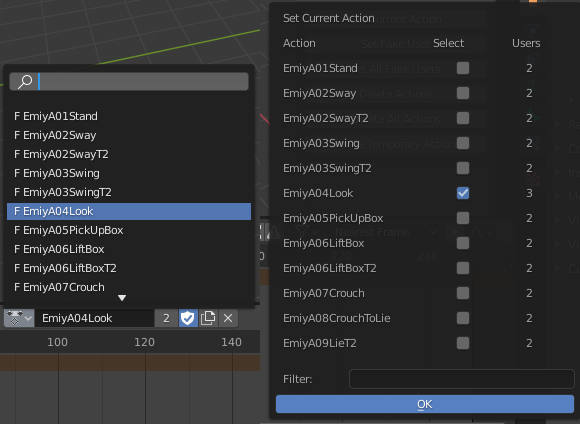 Set Current Action allows you to change the active action. The right-hand columns displays the number of users. Most actions have two users (the fake user and the NLA strip), and the active action has an additional user.

The Filter box allows you to filter the action list. 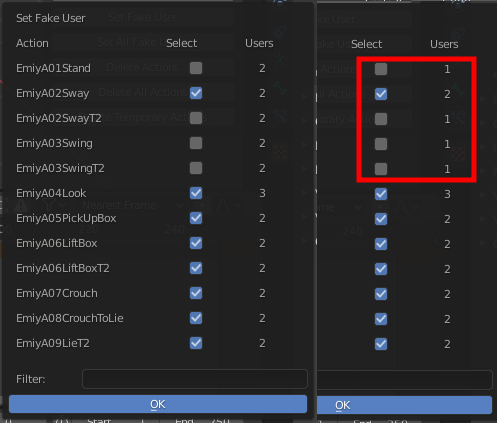 Set All Fake Users adds (if Add Fake User is enabled) or removes (if it is not) fake users from all actions. 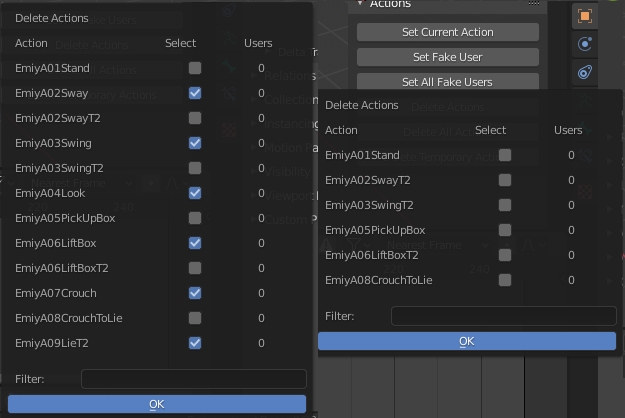 Clean the blend file by deleting all actions.