Select the armature and press Load And Retarget. 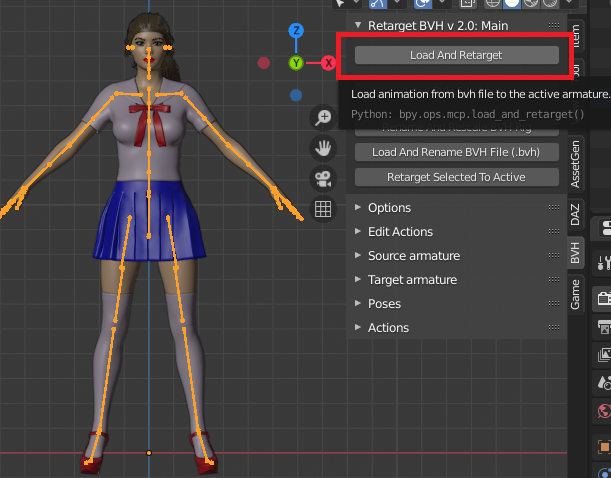 A file selector appears. Select the BVH file that you want to retarget and press Load And Retarget. 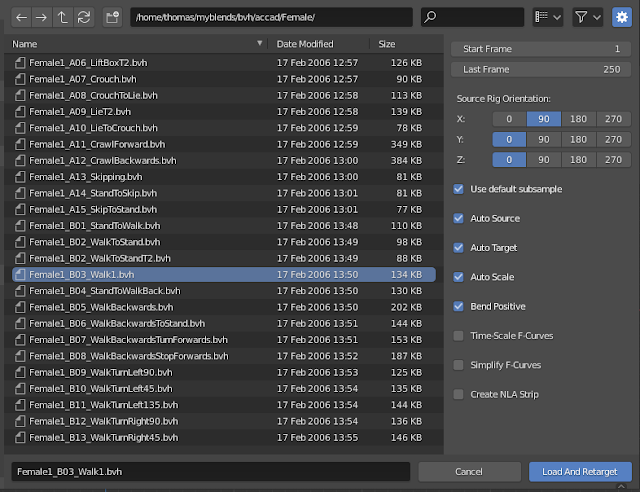 After a while the animation is loaded and the character moves. Note the keyframes in the timeline. 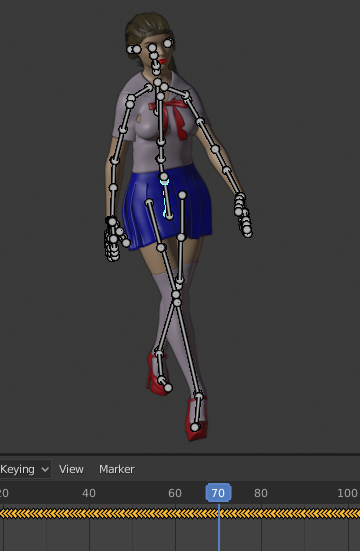 Loading an animation to a high-poly character can take quite a long time, because the scene is updated after each frame that is loaded. You can speed up the loading considerably (typically by a factor of ten or more) if you put all meshes in a separate collection which is excluded from the scene when the animation is loaded. In this case, the meshes don't belong to the scene at load time and don't have to be updated. The DAZ importer automatically creates a separate collection for the meshes to make it easy to exclude them from the scene.

Thus the preferred workflow is as follows. The armature belongs to one collection (Emiyo), and all meshes to another (Emiyo Meshes).

Exclude the meshes from the scene by unchecking the check box in the outliner. The meshes disappear from the viewport and only the armature remains.

Now press Load And Retarget to load the animation. 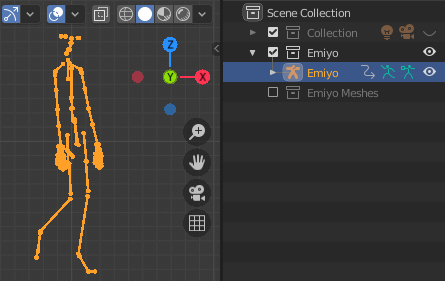 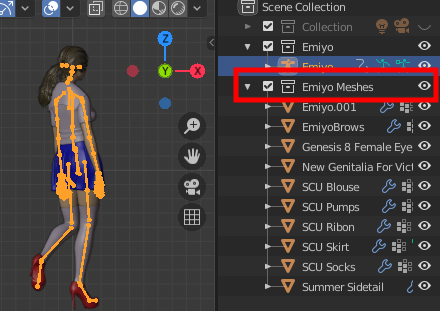 Finally reselect the mesh collection in the outliner.