The Inverse Kinematics subpanel only works with the MHX rig generated by the Daz Importer. However, if you use Rigify, analogous functionality can be found in the Rig Main Properties panel on the Item tab. 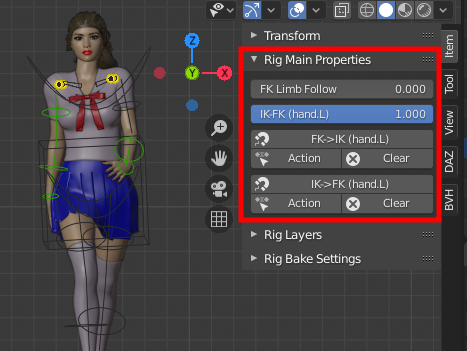 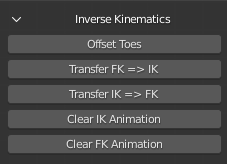 In a rig with a reverse foot setup, such as the MHX rig, the foot can rotate around the toe, ball, and heel. The reverse foot and toe bones are completely fixed by the corresponding FK bones, but the IK effector can be placed arbitrarily, as long as it ends at the toe tip. The transfer tool uses this freedom to make the IK effector perfectly horizontal, provided that the toe is below the ball and heel. 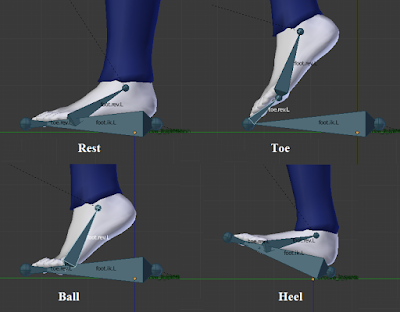 To use this feature we must ensure that the toe is below the ball of the foot, which is done by the Offset Toes button. 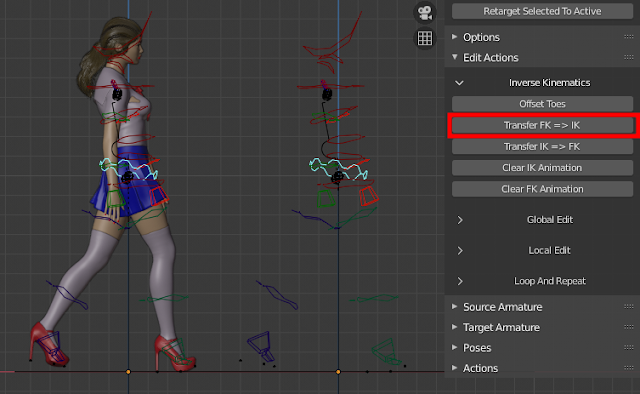 Select whether to transfer the FK animations for the arms or legs or both. 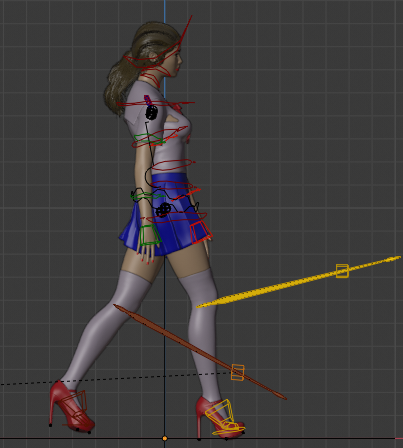 After the animation has been transferred the IK layers are enabled.

The options are the same as for Transfer FK => IK.

The image shows keyframes for the IK bones, before and after the IK animation has been cleared.

The image shows keyframes for the FK bones, before and after the fK animation has been cleared.