The target armature is the rig in the Blender files which receives the animation. The BVH Retargeter recognizes a number of known target rigs, defined by json files located in the target_rigs directory. When the add-on is first enabled, the Target Armature panel consists of a single button: 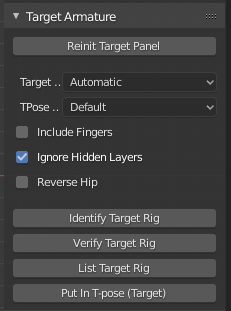 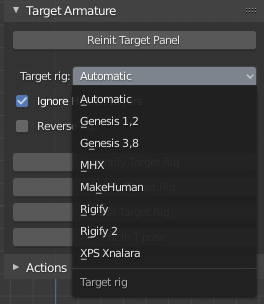 The Target Rig drop-down list. Automatic means that bones are identified automatically, by looking at the bone hierarchy and bone locations in the reference T-pose. 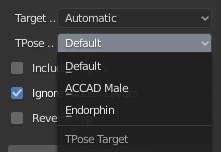 The T-Pose Target drop-down list. If the target armature has a reasonable rest pose, the target T-pose should be set to Default. However, if we for some reason want to retarget an animation to an armature with a strange rest pose, we could specify that T-pose here. In that case the target rig could be set to Automatic, because bone identification takes place when the armature is in the reference T-pose. 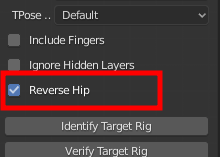 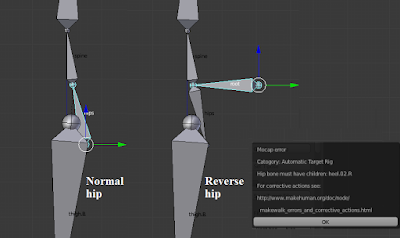 The advantage of such a setup is that the upper and lower body can be posed independently. However, the BVH Retargeter fails to identify the bones, unless the Reverse Hip option has been enabled. 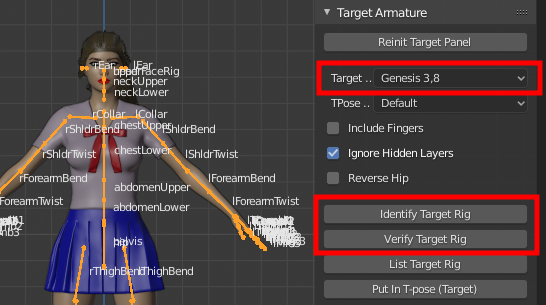 Identify Target Rig checks the known target rigs (define by json files in the target_rigs directory) to find a rig type that matches the bone names. The Target Rig field is change to Genesis 3,8.  The T-Pose field is currently not changed in any case, but it may happen if a target rig type is uniquely associated with a specific T-pose.

Verify Target Rig checks that the bone names matches the bones of the target rig type specified above. If this is not the case an error message is displayed. 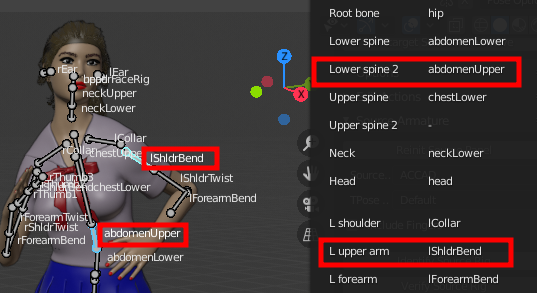 Put In T-pose (Target) puts the armature in the reference T-pose, which is used to identify the difference between the roll angles of the source and target armatures. 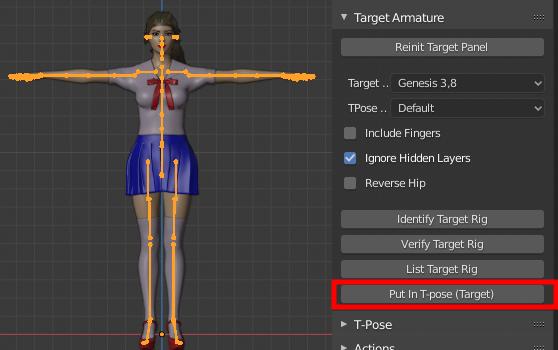