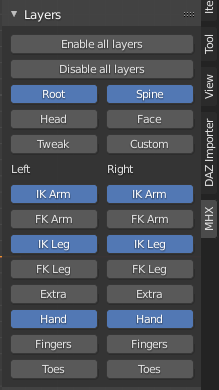 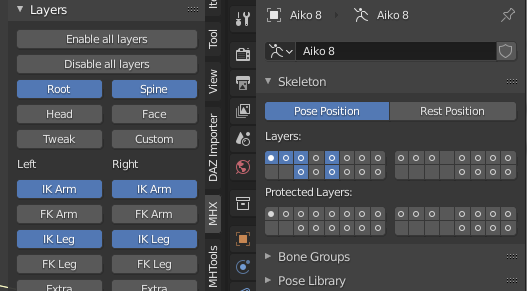 The individual layers are just the layers in the armature context, with names for convenience. 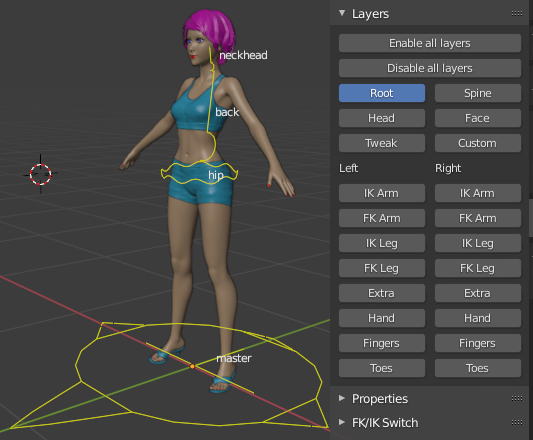 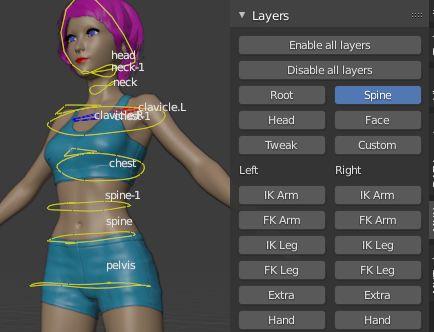 The spine layer contains the individual spine, neck, head, and pelvis bones, and also the left and right clavicles. The exact number of bones depends on the Genesis genertation. 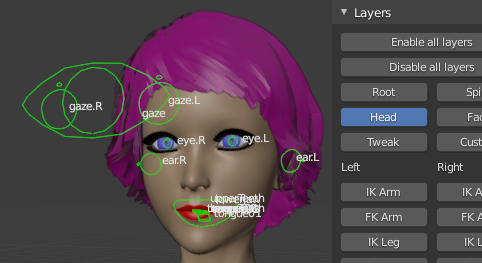 The Head layer contains the eye and ear bones. The eyes are looking at the corresponding gaze bones by default.

This behaviour can be change with the left and right Gaze properties in the MHX properties panel. Gaze Follows Head determines if the gaze bone moves when the head is moved, or if it remains fixed in space 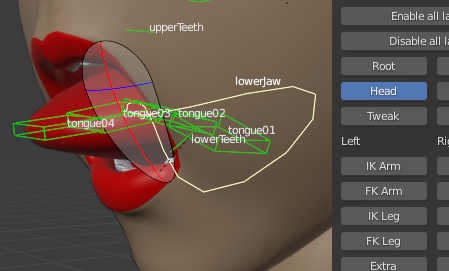 On the Head layer we also have the lowerJaw bone, which opens the mouth, and the tongue bones which move the tongue. 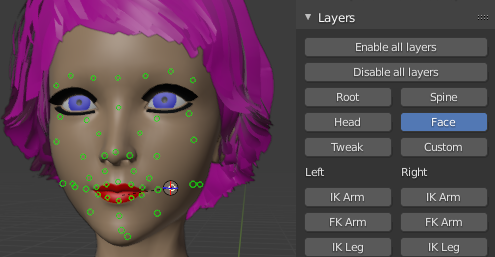 The Face layer contains the DAZ face rig (for Genesis 3 and 8 characters). The bones can only be moved if no face morphs have been loaded, or the bones have been made poseable. 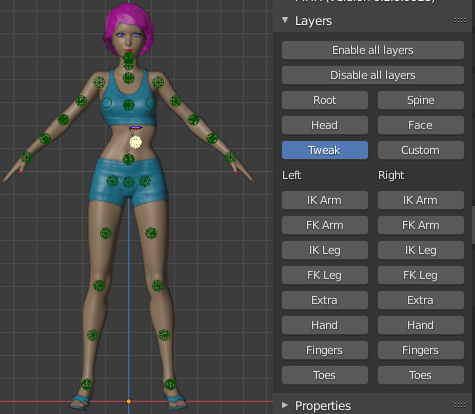 The Tweak layer contains deform bones which can be used to tweak a pose. These bones can be moved freely, but should be used sparingly. 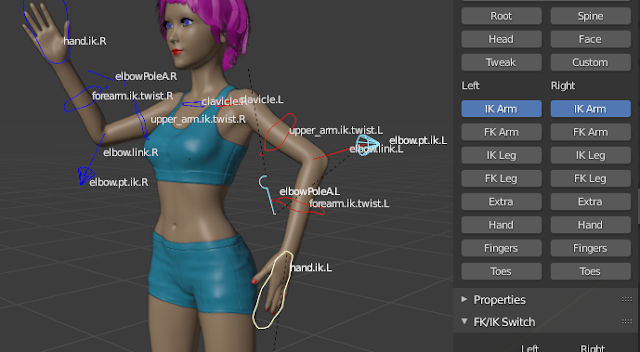 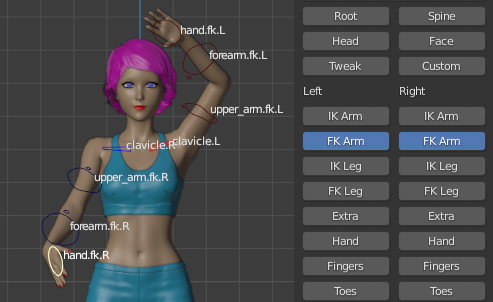 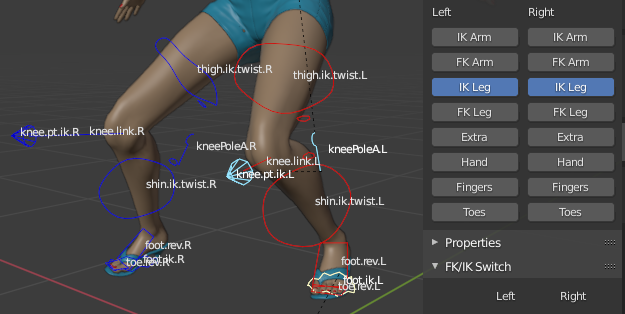 The IK legs layers contains bones for posing the legs in IK mode (the default).

The MHX rig uses a reverse foot setup, which allows independent rotations around the heel, toe, and ball of the foot. 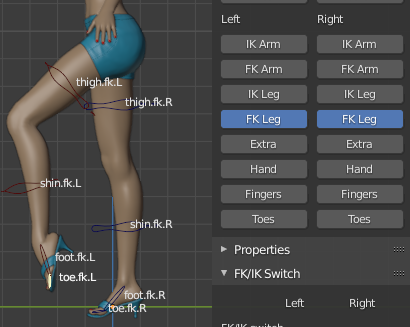 These layers contain various bones that don't fit in elsewhere. 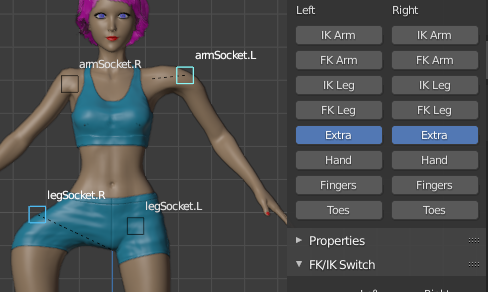 The arm and leg sockets are the parents of all arm and leg bones. Unlike the twist bones, moving a socket bone moves the entire underlying hierarchy. 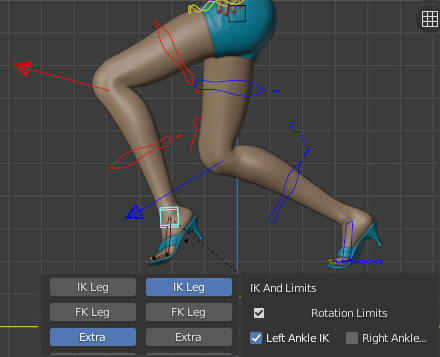 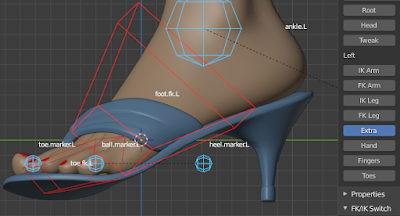 By default the location of the marker bones is determined by the foot and toe bones. This may be a good approximation to the bottom of the foot for barefoot characters, but not for character in high heels.

Change location of the marker bones in edit mode

Now the markers indicate the location of the foot's toe, ball and heel. 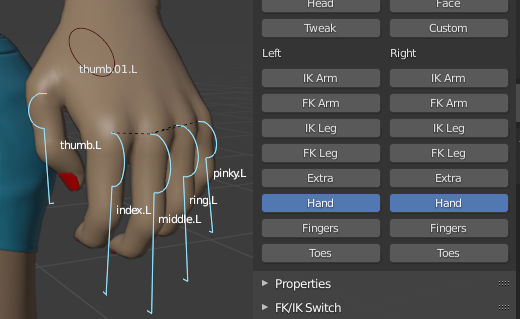 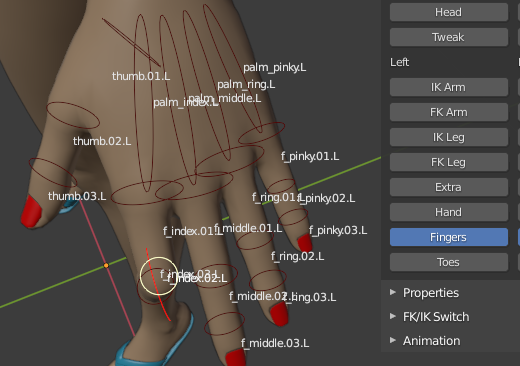 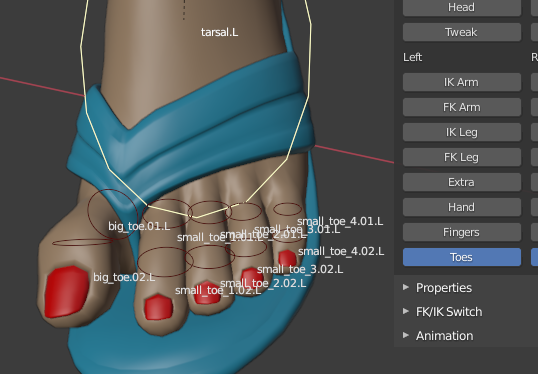