In version 1.5 the Settings panel has been replaced by a pop-up dialog. See https://diffeomorphic.blogspot.com/2020/08/global-settings-improved.html.

A .duf file saved in DAZ Studio does not contain the actual data in the way that Wavefront object or Collada files do. Instead it contains links to various asset files in the DAZ libraries, and these assets can link to other asset files as well. In order to find the assets, both DAZ Studio and the DAZ importer need to know where the DAZ libraries are located. The DAZ importer makes a guess which works for the default libraries on Windows 7, but the paths may need to be changed on other operating systems or if you put assets in non-standard locations, such as an external hard drive. 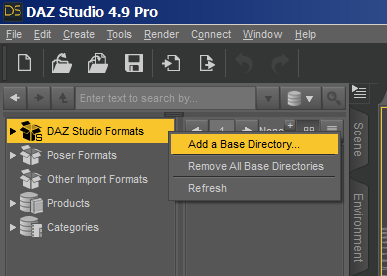 To add a new base directory in DAZ Studio, right-click on DAZ Studio Formats in the Content Library and select Add a Base Directory. 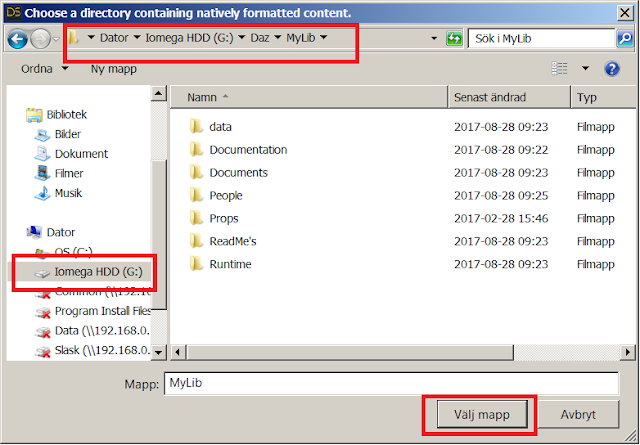 Navigate to the location of the DAZ library you want to add, and press Select Folder. I put some assets on an external hard drive, in the folder G:\Daz\MyLib. DAZ Studio can now find assets located in its subfolders. E.g., the clothes of this character were located on the external hard drive. 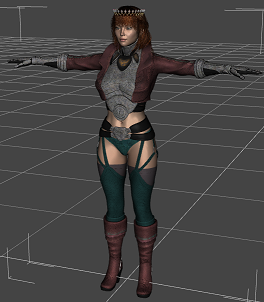 However, the DAZ Importer will not find these additional assets, because we have not yet told it where to look for them. If we try to import the .duf file with the default settings, we receive an error message, because the assets are not found. Depending on the version of the DAZ Importer, the errors are similar to the ones below:
The DAZ base directories are specified in the Settings panel, in the section called Paths to DAZ library. Up to nine libraries can be specified (only three in version 1.2), but by default only two are taken. These are the paths defined for the default installation on Windows 7. 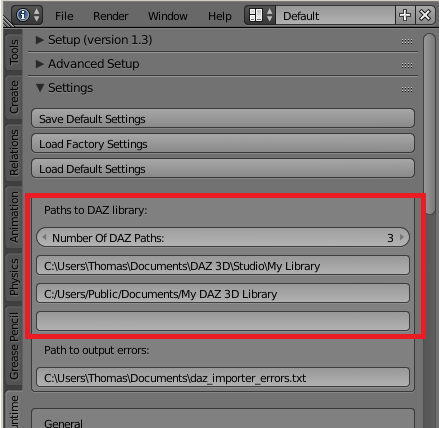 To add an additional base directory, fill in the new library path, which is the same as we specified in DAZ Studio, i.e. G:\Daz\MyLib. 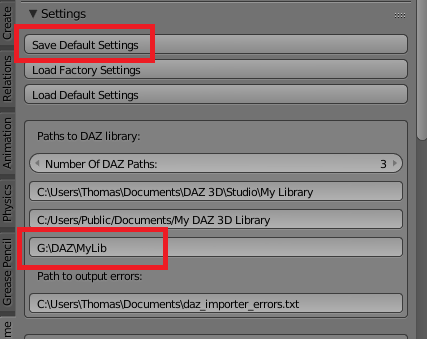 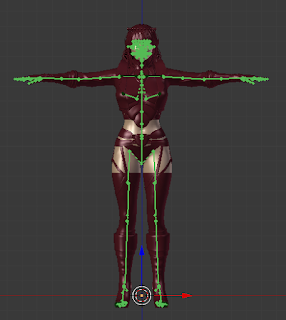 When the new search path has been added to the DAZ library paths, the character can be imported into Blender without problems. 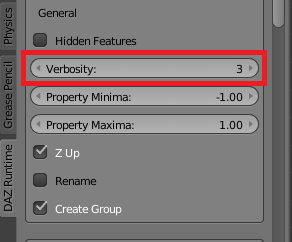 The importer's behaviour when it does not find a file depends on the Verbosity settings further down in the Settings panel. By default Verbosity = 3, which generates an error when an asset is missing. If the verbosity is set to something lower, the DAZ Importer will not generate an error, but an undiscovered asset can of course not be imported into Blender, which may result in a rather nude character. 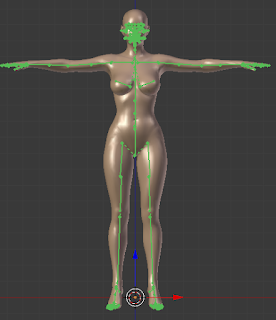