After we have imported a DAZ character into Blender, we usually need to perform a number of operations on it before it is suitable for animation. The philosophy behind this is that the add-on can not foresee the need of every user, so the best thing is to import the scene as faithfully as possible, and then provide tools to turn the raw import into something useful. However, this flexibility can make it difficult to choose which tools to use and in which order. The new tool "Easy Import DAZ" is provided to facilitate import in the most common case, a single human character in rest pose.

We emphasize that flexibility is traded for simplicity, and there are limits to what can be done with the new tool.

When we invoke the Easy Import DAZ tool, a file selector with many options appear. This lets us decide how the character is treated during and after it is imported into Blender. 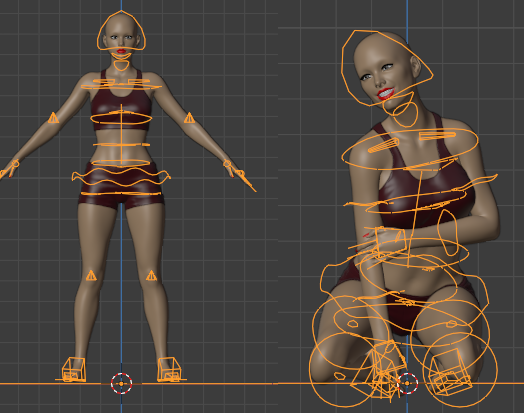 After a little wait, a fully rigged character appears which can be posed with a few clicks. This character was imported in 212 seconds, complete with face units, expressions, visemes and JCMs, and converted to the MHX rig. 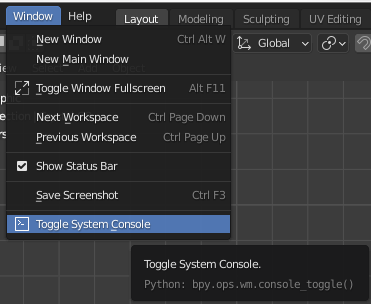 Tip: It can take quite a while to import a scene with the Easy Import DAZ tool. You can follow the progress in the system console. This is normally not visible unless you start Blender from a command prompt, but it can be made visible from the Window > Toggle System Console menu. 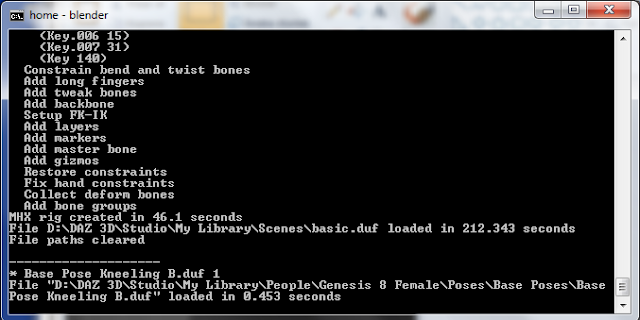 Posted by Thomas Larsson at 3:20 AM