Yesterday I described a method to import animations back into DAZ Studio. However, it was quite complex, involving changing global settings to values that were designed for debugging, and still didn't work well in many cases. The main culprit was the idea to export the animation as a BVH file. The BVH format is old and has lots of quirks and cannot capture all aspects of DAZ and Blender rigs. Besides, a BVH pipeline depends on the quality of Blender's BVH exporter and DAZ's BVH importer, neither of which is under my control. 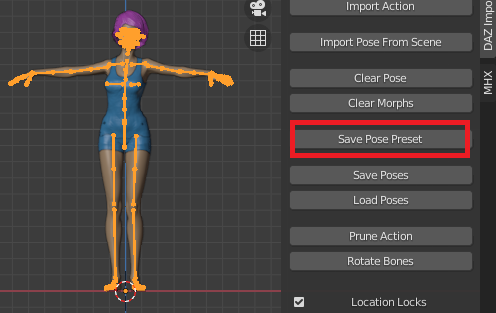 Import an animation to a Genesis character in Blender (imported with standard settings, and not with any debug options turned on). The animation must be stored as an action, even if we only want to export a single pose. Press the new Save Pose Preset button.

A file selector appears. Save the file to a directory that will be visible in DAZ Studio, i.e. to a subdirectory of one of the DAZ root paths. The options specify the first and last frame being exported, and the frame rate (frames per second). 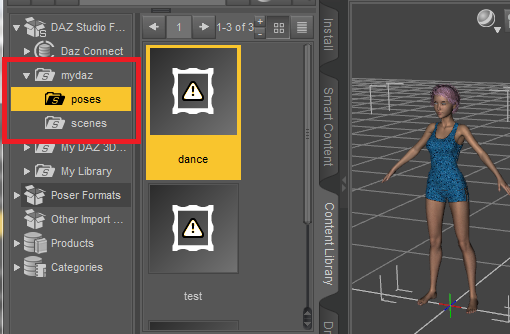 In DAZ Studio, the new file should appear in the content library. You may have to refresh the folder first by right-clicking on it. 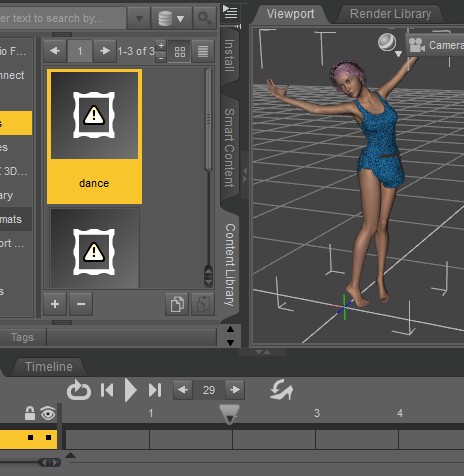 And now Aiko is dancing away in DAZ Studio.
Posted by Thomas Larsson at 8:16 AM