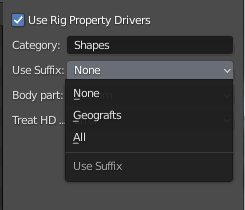 The Import Custom Morphs tool has a new option: Use Suffix. It can take on three values:

Our character has the Headlights geograft by Meipe, and we want to import the Areola Inflate morph to both the left and right headlight. Select each target mesh in turn and import the morph, with Use Suffix set to Geograft. 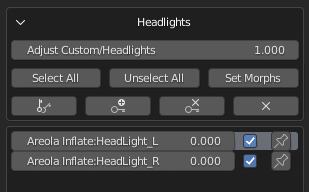 We now have two different morphs affecting the two geografts. If we had loaded the morphs with Use Suffix = None, the morph for HeadLight_R would have overwritten that for HeadLight_L, and we would only have a single morph called Areola Inflate. 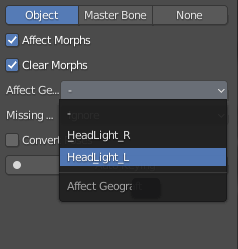 The Import Pose tool has an option which specifies which geograft is affected by the morphs in the shape preset file. If Affect Geograft is set to the default value (-), the morphs are loaded without a suffix as usual. 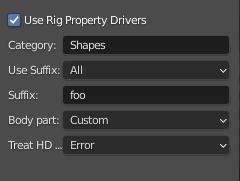 If we load morphs with Use Suffix = All, suffixes are added to all morphs. This can be used if you want to reload morphs without overwriting the old ones for some reason. A new option appears where you specify the suffix. 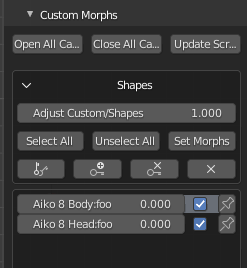 Here some morphs are imported with Suffix = foo. 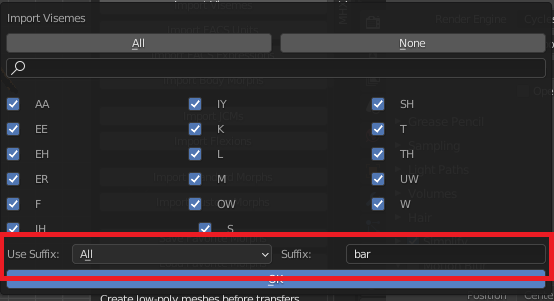 Suffixes can also be added to the standard morphs. Here the Geograft setting is not useful, since geografts don't have standard morphs, but the All setting adds a user-specified suffix to all morphs. 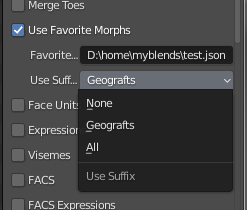 Posted by Thomas Larsson at 4:57 PM