An important part of the DAZ-to-Blender pipeline is exporting the final world-space coordinates of all vertices and bones. This step is necessary because it turned out to be too difficult to extract this information directly from the native DAZ files. Until now, the script that does this is called export_basic_data.dsa, and it exports a text file with the subscript .json.

The export script has now been replaced with the more appropriately named script export_to_blender.dsa. Like DAZ Studio itself, it compresses the exported file using gzip, which reduces the file size to one third. Compression has two advantages:
1. The expored files takes up less storage space, which is particularly important if you use an SSD disk.
2. They load faster, at least if they are stored on a mechanical hard disk, because less time is needed for disk access.
The new script exports files with the file extension .dbz (DAZ-Blender-Zipped). The Blender import add-on can read both .bdz files as well as the old .json file for backward compatibility.

To install the new export script, follow the same procedure as with the old script. 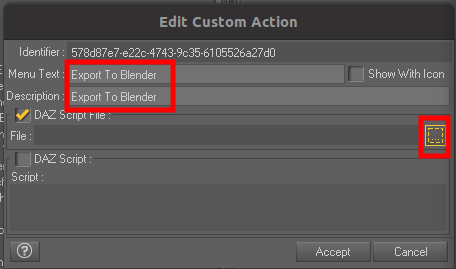 3. Change both Menu Text and Description to Export To Blender. 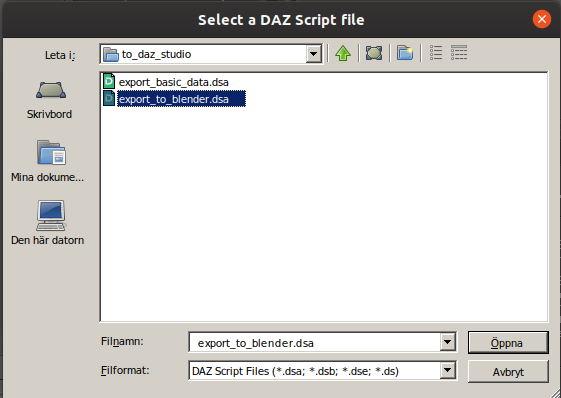 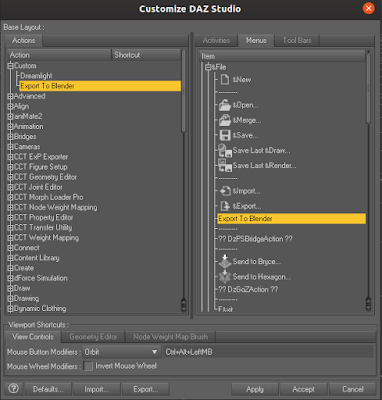 5. Drag the new action to the appropriate menu. 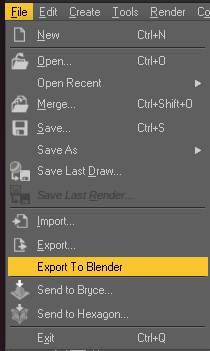 6. The export script appears in the File menu.