A new release candidate for version 1.2 of the DAZ importer can be downloaded from https://www.dropbox.com/s/x1tkb0khjycq251/import-daz-v1.2-20170818.zip. There are two improvements compared to the previous RC:

Here is how to get a Poser file into Blender. Start by importing the file into DAZ Studio. 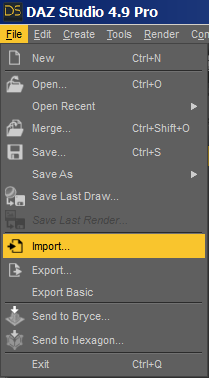 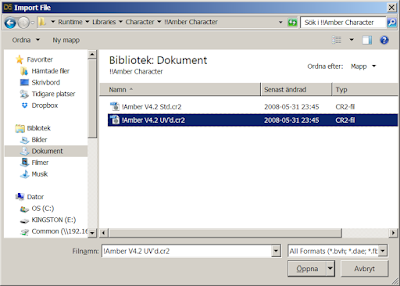 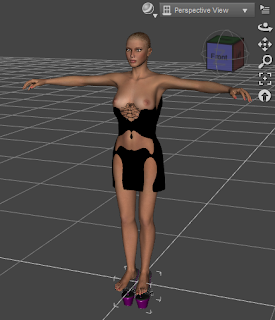 Apparently the clothes fitting is not perfect.

We could save the character as a DAZ file now, but then we would not be able to pose her in Blender, because Poser figures are skinned with envelopes whereas the DAZ importer only handles vertex groups. Fortunately, we can convert to vertex groups in DAZ Studio. 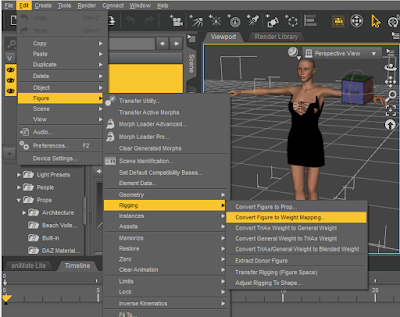 We get to choose between TriAx and General Weight Mapping. This choice is not terribly important, because TriAx will be converted to general weights in Blender anyway, but General is probably the best choice. here.

This step has to be repeated for every figure in the scene, i.e. for each piece of clothing. 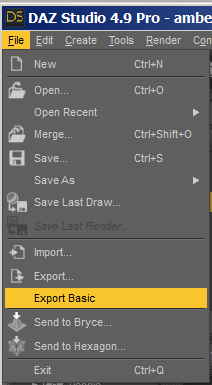 Finally we export the final world-space coordinates to a .json file using the basic data exporter that comes with the DAZ importer. See the blog post on JSON fitting for details. 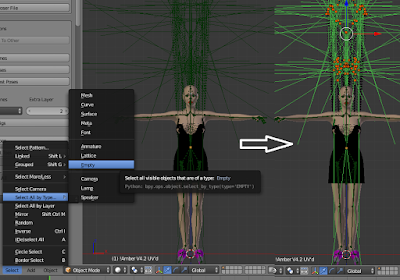 Now we can import the Poser character just as any other DAZ file. In my example there were a lot of extra nodes that correspond to empties in Blender, but it is easy to get rid of those. Just select the empties by type and delete them. 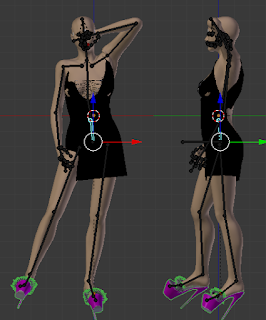 The Rigify add-on was changed in Blender 2.79. I am sure that this is a great improvement, but the update had the side-effect that Convert To Rigify button in the DAZ importer was broken. Should be fixed now. 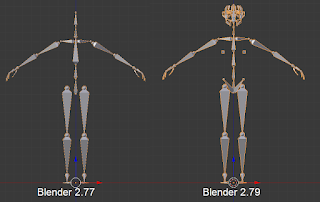 The meta-rigs are clearly different. 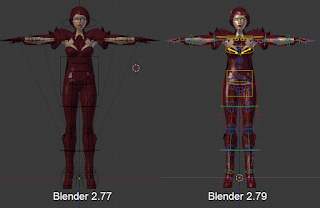 So are the rigified versions of the same DAZ Rig. 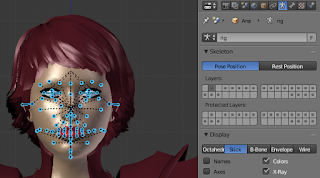 The new Rigify has a face rig, but the DAZ importer ignores that. DAZ characters already have a great way to do facial posing, with carefully crafted facial morphs or a carefully weighted face rig, and there is no simple way to map that to the Rigify face rig. The face bones in the rigified character appear on the otherwise unused bone layer 2.